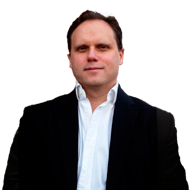 "You gave me nothing at all, now let me give it to you. You taught me how to be cruel, now let me try it on you” Jim Steinman.

"There are only three spending components that matter to monetary policy: consumer spending, business investments and exports and trade", Evan Davies

“Stress tests are like Cuban universities, everyone passes, but the title is worth nothing”.

“You've got to be honest; if you can fake that, you've got it made”. George Burns